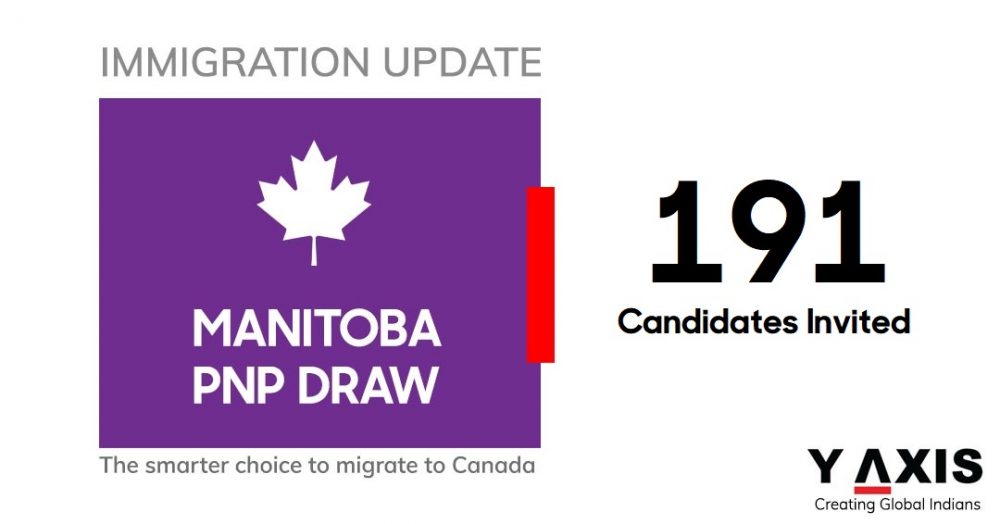 On October 8, 2020, another 191 immigration candidates received invitations to apply for a provincial nomination through the Manitoba Provincial Nominee Program [MPNP]. Of the 191 invitations issued, 20 went to Express Entry candidates.

Provincial nominees get an additional 600 points towards their Comprehensive Ranking System [CRS] score. The CRS comes into play when the profiles are in the Express Entry pool. The higher the CRS score, the sooner can the candidate expect to be invited by IRCC to apply for Canada PR.

Note. – Of the total 191 LAAs issued, 20 went to candidates that had declared “a valid Express Entry ID and job seeker validation code”.

Those wishing to immigrate to Canada – with the intention of settling in Manitoba – can begin the process with the registration of their Expression of Interest [EOI] profile with the MPNP.

An EOI with the MPNP would be required in order to be considered eligible for receiving an LAA through the Skilled Workers in Manitoba or Skilled Workers Overseas streams.

Individuals applying from overseas are required to have an established connection to Manitoba – previous Manitoba experience, family or friends in the province, or a direct invitation through any of the Strategic Recruitment Initiatives of the MPNP.

There is no requirement of being physically present within Manitoba at the time of applying.

Candidates under the Skilled Workers in Manitoba stream must have a full-time permanent job offer from a Manitoba employer, among other eligibility requirements.

International students that have graduated from Manitoba might be eligible for receiving an LAA through the MPNP’s International Education Stream, provided they possess skills that are in demand in the province.

If you found this blog engaging, you may also like …

Now is the best time to apply for Canada immigration!