Alberta can be your pathway to Canada PR in 2020 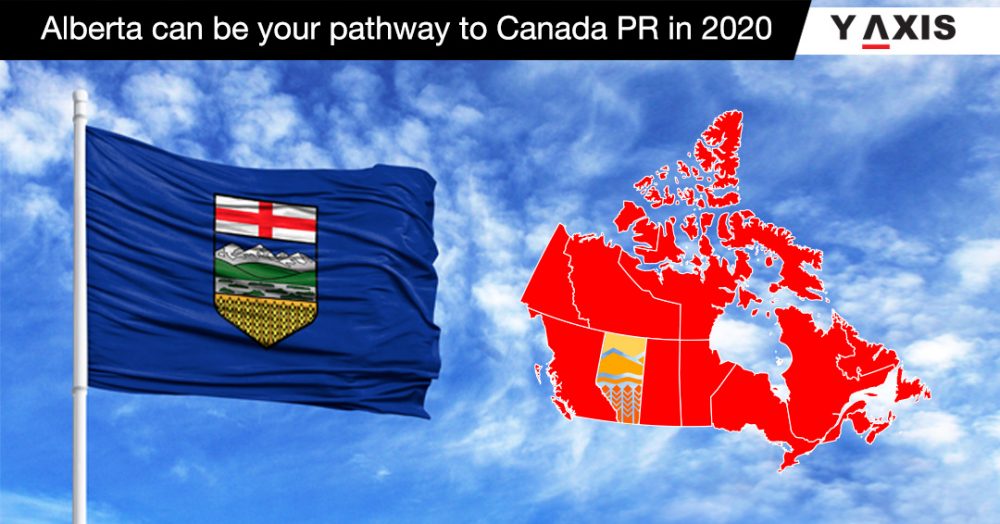 Alberta is 1 of the 9 Canadian provinces and 2 territories that are part of the Provincial Nominee Program [PNP].

With a province or territory nominating you under the PNP, an additional 600 points will be added to your CRS [Comprehensive Ranking System] score thereby guaranteeing that you would be receiving an Invitation to Apply in the next draw to be held.

By CRS is meant the system of ranking the profiles against one another when they are in the Express Entry pool. The higher the CRS that you have, the sooner you can expect to be invited to apply for Canadian permanent residency.

Alberta is one of the Prairie Provinces – along with Manitoba and Saskatchewan – of Canada. Alberta shares its boundaries with Northwest Territories in the North, British Columbia to the west, and Saskatchewan to the east.

The total number of nominations that a province or territory participating in the PNP can issue in any given year is determined by Immigration, Refugees and Citizenship Canada [IRCC].

Here, we shall be reviewing only the Alberta Express Entry stream as this stream is the more commonly applied for among the 3 available streams under the AINP.

Under the Alberta Express Entry Stream, the province of Alberta nominates a certain number of candidates with the required qualifications from IRCC’s Express Entry System.

Do keep in mind that as the Alberta Express Entry stream is by invitation only, foreign nationals cannot apply directly to the stream. You can only apply when invited.

All profiles in the EE pool are automatically eligible for the program.

Candidates are shortlisted based on the profile information available with the Express Entry portal. Selected candidates are then sent a Notification of Interest letter by Alberta in their federal EE profile.

To receive a NOI from Alberta, you must –

Adaptability factors can further increase your chances of getting a NOI. By “adaptability factors” are meant certain criteria that can make an immigrant more likely of being successfully established in the province.

Adaptability factors that can get you a NOI faster

Once you have a Notification of Interest letter from Alberta in your federal EE profile, you will be required to get it confirmed by emailing a copy of the letter to the AINP. This email is to be sent within 2 weeks of getting the NOI. EE profile number will also have to be provided by you in the email.

The AINP will then confirm your information. Following which, you might be sent an email asking you to submit an application.

Do keep in mind that the application form for the Alberta Express Entry Stream is not available online and is provided to candidates only through email.

To be eligible for this stream, you must have a valid temporary resident status – that is, be a temporary foreign worker – in Canada that grants you the authorization to work in the country.

Basic criteria for the stream include –

In 2019, Alberta issued all 6,000 of its allotted certificates for the year. So far, the number of nominations to be issued in 2020 are not available. However, applications in queue shall be assessed and nominations issued accordingly. About 1,950 applications currently await assessment for eligibility.

As such, the AINP does not provide any status updates on the applications under assessment or processing.

The AINP on the whole, and the Alberta Express Entry in particular, have a comparatively higher volume of applications in certain occupations, leading to such application submissions taking a longer time for processing.

Typically, information on previous draws will be posted approximately one month after the date of draw.

AINP can be your pathway to Canada PR in 2020. For more details, get in touch with us today!