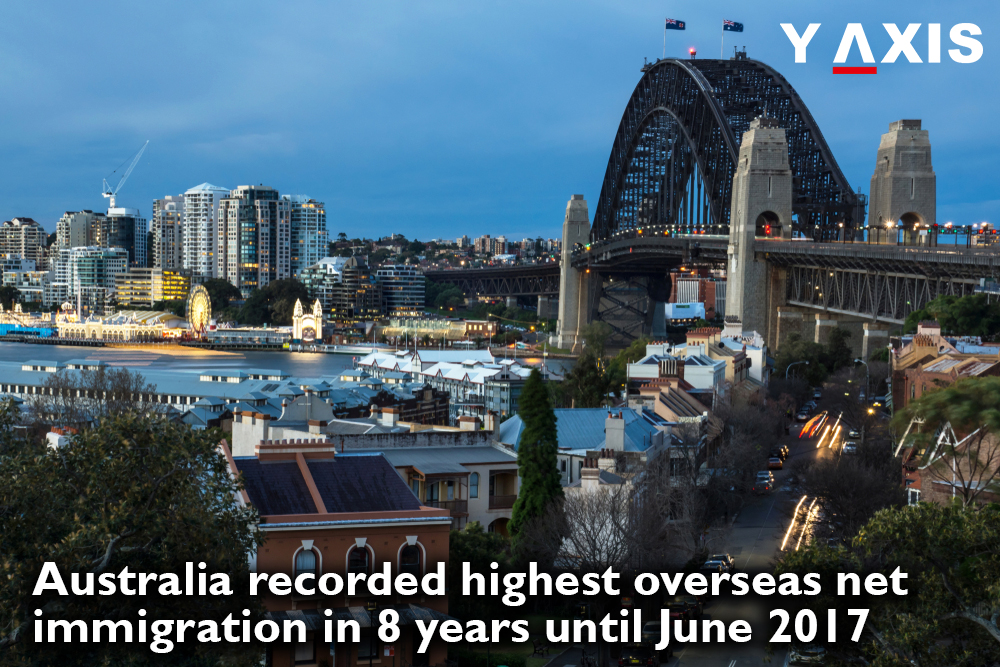 Australia is replacing the US and other countries to become the most sought-after destination, according to a comparative analysis of Australian government figures.

As around 245,500 people entered the country over the one-year period ending 30 June 2017, migration was viewed as the main aspect that increased the population by 388,100 during the same period. This was said to be the highest net immigration from overseas since 2009, as it grew by over 27 percent in 12 months.

This caused the total Australian population to grow by 1.6 percent when compared to 2015-16, government figures, which were released on 14 December, reveal.

This exceeds the worldwide population growth of 1.1 percent, the American growth of 0.7 percent and Canada’s 0.9 percent.

Australia now is ranked 53 in the United Nations worldwide population rankings with a total population of 24.6 million.

The states in the Oz to which most numbers of migrants flocked to have been New South Wales and Victoria, as they welcomed 98,600 and 86,000 migrants, respectively.

Reuters quoted Ryan Felsman, a senior economist at CommSec, as saying that a solid labour market is luring migrants from abroad and the other states of land Down Under to Melbourne. On the other hand, jobs growth and better housing pricing are powering Queensland and Tasmania’s population growth, he said. Felsman said that the entire robust rate of growth in population is promoting spending, demand for housing, demand for infrastructure and comprehensive economic growth.

The Australian Bureau of Statistics said that India, China, New Zealand and the United Kingdom were the leading source countries of migrants. While the most number of immigrants come from China, Indians make up the second highest number of migrants residing in Australia since 2011, with a number of 163,000, according to Little India.

The migrants’ inflow caused the economy to grow at 2.8 percent in the year ending September, without which the growth in the economy would have been around 1.3 percent as per estimates.

On the other hand, the wage growth increased modestly at an annual rate of 2 percent, despite the demand for labour remaining high. The figures released by Australian Bureau of Statistics pointed out that around 383,000 new jobs were created in the November 2017 year-end.

If you are looking to Work in Australia, get in touch with Y-Axis, a leading immigration services company, to apply for a visa.