Reasons why Australia is keen to allow international students to return 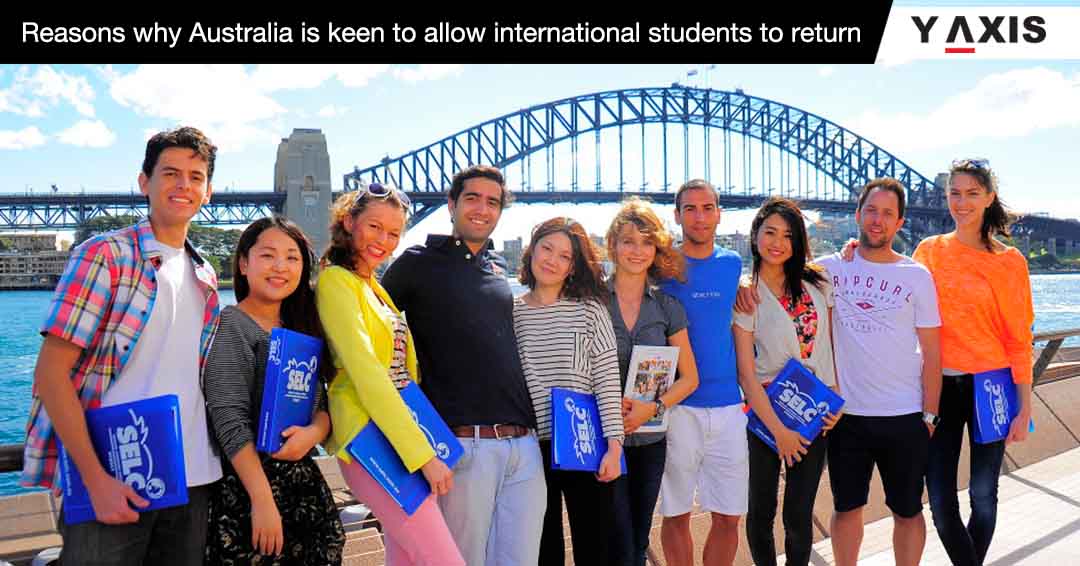 International students will be allowed to come back to Australia next month as part of Australia’s three-step plan to re-open the economy.

The three-stage plan to reopen the economy was announced by the Australian government in early May this year.

The government’s strategy to introduce normalcy in the country is a step by step process. In step 1 small group of up to 10 people will be permitted and retail shops and small cafes will reopen. In step 2 more businesses will be allowed to reopen and services like gyms and cinemas will be resumed. Gatherings of up to 20 people will be allowed and more retail outlets will open. In stage 3 gatherings of up to 100 people will resume and international students can travel to Australia.

Keeping this in view international students will be able to come to Australia in time for the July intake of students in universities. They can enter the country if they follow strict quarantine regulations.

Australia has so far allowed only citizens and permanent residents to return to the country ever since the pandemic broke out.

International students to return to the country

Once they land, the students are expected to follow a 14-day strict quarantine.

The higher education sector is contributing around $40 billion annually to the Australian economy, and the resumption of courses for foreign students would only help the economy.

If Australian universities do not admit international students as soon as possible, they are looking at a budget hit estimated at $ 8 million in 2020. This is excluding the losses to businesses dependent on student spend and businesses in surrounding areas of universities.

The pilot program of initially welcoming 350 students, the government hopes will pave the way for a higher number of student arrivals in the subsequent months of this year.

Australia is keen to welcome international students because their absence will have an impact on jobs and the larger economy. The absence of foreign students can have an extended impact on the country’s universities.

On the other hand, international students who are out of Australia at present are keen to get back to the country and resume their course.

← Six tips to ace the PTE Listening Where do migrants settle in Canada? →