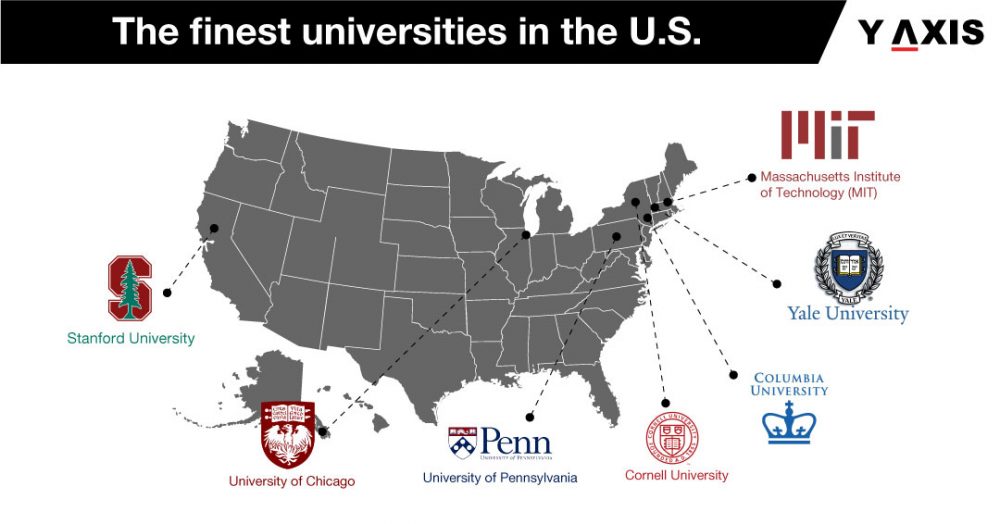 It’s true that many of the world’s highest-ranked universities are in the USA.

The higher education programs in the US are a major reason for the country to be considered a great country for studies.

The US has an international student population of about 1 million.

The opportunity to study any subject of choice makes study in the USA a world favorite choice.

The US also leads in the areas of technology and research. There is a great opportunity to do research projects that can lead to future-building achievements including patents.

The campus experience in the US is amazing. The US university campuses thrive with a lot of socializing, indulge in many activities, have fun with student parties, and much more!

The time you will take to recover from a culture shock in the US is short, thanks to the friendly and vibrant culture the country maintains.

Columbia University is ranked 18th in the world today. The university scores a perfect 100 for its student to faculty ratio.

It was established in 1754. Its alumni include eminent personalities like Theodore Roosevelt, Barack Obama, and Franklin D. Roosevelt.

Yale has been ranked in the top 10 universities of the US consistently.

The university was established in 1701. It enjoys an immense reputation academically and among employers. It also has a very good student to faculty ratio.

It’s the eighth-best institution in the US.

Research is an area where this university outshines many other US universities.

The percentage of international faculty in the university is also quite high.

Based out of New York, this university is 14th in world rankings.

Princeton is among the oldest universities in the USA. It was founded in 1746. It has a very strong research output, which makes it a favorite with employers and academics.

It’s the fourth-best university in the US. It’s based out of California.

The university has an excellent faculty to student ratio. It also has a good number of citations per faculty. It’s known for being very much internationally diverse in comparison to other US universities.

Harvard stands third among the world’s best universities. It’s the oldest university in the US. It was established in 1636.

It’s considered best for its academic and employer reputation. It has to improve its percentage of international students. It has a great reputation in many fields including medicine, law, and business.

Stanford is a private research university. It was founded in 1855.

Stanford is nicknamed as the “Billionaire factory” as they produce a lot of highly successful web entrepreneurs. It has one of the largest campuses in the US.

MIT is today ranked the best university in the world.

They score 100% in all the six indicators on which universities are ranked on a world scale. These indicators are:

So, if you want to Study in the USA has a lot to offer among the world’s best institutions.