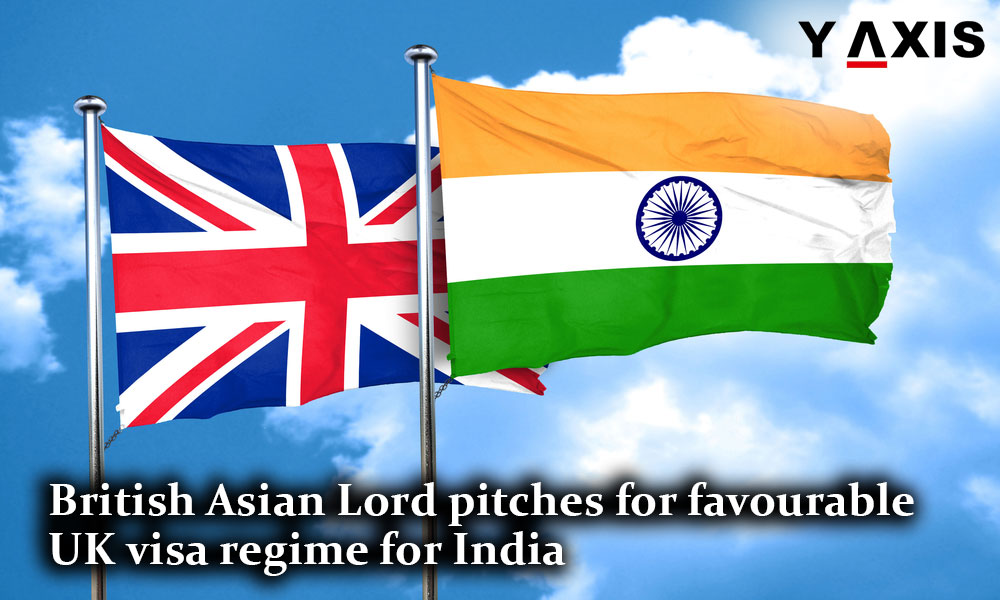 Lord Jitesh Gadhia, a member of the House of Lords of the UK, highlighted the latest immigration data of Britain in August last week to demonstrate the positive effect that Indian immigration has had on their country. He took this opportunity to ask their government to make its visa regime towards India friendly and non-discriminatory.

The latest ONS (Office of National Statistics) data revealed that most of the international students, Indians included, do not overstay in the United Kingdom after they complete their studies.

Lord Gadhia was quoted by the Eastern Eye as saying that data from both the UK Home Office and the ONS has proved that Indian Travellers to Britain do not breach visa regulations, as 97 percent of them leave the UK before their visas have expired.

According to him, the compliance rate of Indians, which is 97 percent, exceeds the average of 96.3 percent for the top ten source countries for visitors to the UK.

He said that the British government should now repose much more confidence in offering Indian students, travellers and skilled workers easier visa access rules which will not be biased against them in any way.

Meanwhile, the investment banker of Indian origin who became the member of the House of Lords in 2016 welcomed the statement of Amber Rudd, the UK Home Secretary, where she mentioned that the independent MAC (Migration Advisory Committee) was commissioned to carry out a detailed evaluation of the social and economic impact of foreign students living in the UK.

Gadhia said that Indian Workers, Students and Visitors have benefited the UK economy enormously via their skill sets, purchasing power and academic contributions, boosting their country and making it one of the most accommodating countries on the planet.

It is expected that the latest MAC survey, scheduled to be tabled by September 2018, will force Theresa May, UK Prime Minister, to remove students from the migration figures of the UK.

If you are looking to travel to the United Kingdom, get in touch with Y-Axis, a renowned company for immigration services, to apply for a relevant visa.