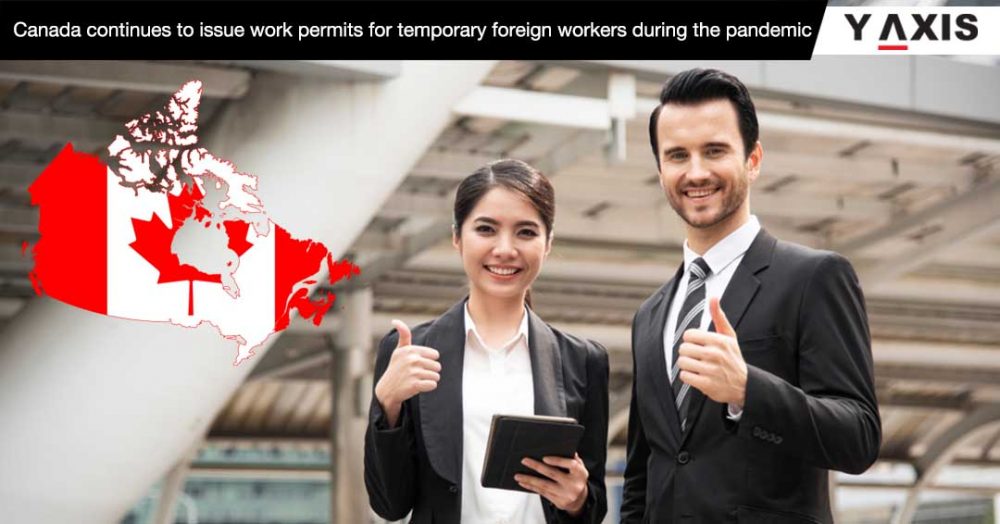 While the travel restrictions imposed by Canada due to the Coronavirus pandemic has had an impact on the entry of foreign workers in the country, recent statistics reported by the Immigration, Refugees and Citizenship Canada (IRCC) say that Temporary Foreign Workers (TFWs) have been steadily arriving on Canada from the beginning of this year.

While the Canadian government decided to close its borders to non-residents, it decided to continue its TFWP category in support of Canadian industries such as agriculture, agri-food and food processing.

The TFWP is a program that allows Canadian industries facing labor shortages to hire foreign workers after ensuring that the first opportunity to apply for such positions was given to Canadian citizens and permanent residents.

A temporary work permit and a Labor Market Impact Assessment (LMIA) are required for individuals who come to Canada under the TFWP. The LMIA is a proof that the Canadian employer who is hiring a foreign worker will have a positive or neutral impact on the local labor market.

The LMIAs have now expanded their validity from six months to nine months. The eligibility period for candidates under the Seasonal Agricultural Worker Program (SAWP) and agricultural stream roles is extended until December 15, 2020, or nine months, whichever is longer.

Those with approved LMIAs will receive a three-month extension to fulfill the nine-month validity period.

The total number of work permits issued under the TFWP between January and April this year was 33,000. The top five countries that got the work permits under this category were Mexico, Jamaica, India, Guatemala, and the Philippines. Mexico got 41 percent of the work permits in this period.

Compared to last year, the total number of TFWP arrivals were down by 18 percent for the same time this year.

The pandemic is expected to impact the number of temporary and permanent residents in the near future in Canada but the number of temporary foreign workers in the country will not be seriously affected. This is because they are not subject to travel restrictions and those who are in Canada and have lost their jobs can now work for another employer.

Apart from this, the IRCC is processing new TFW applications and allowing TFWs from outside the country to enter Canada provided they are traveling for non-optional reasons.

The Canadian government is keen to continue the TFWP in spite of the restrictions imposed by the pandemic.