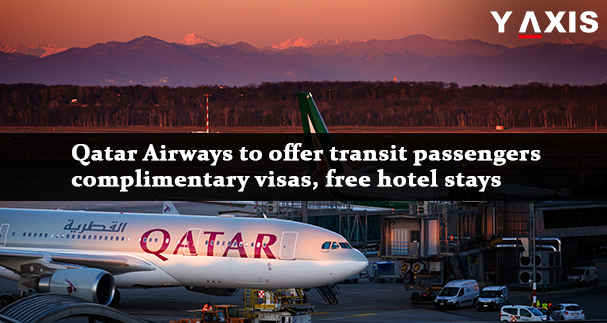 Qatar Airways has signed a partnership with QTA (Qatar Tourism Authority) to launch a stopover scheme for boosting and marketing the Western Asian country as a popular destination for international tourists.

Hereafter, passengers transiting through Qatar will be offered complimentary transit visas and free luxury hotel stays. It will be a component of a campaign named +Qatar which is an aim to encourage all transit passengers to mull adding their nation to their itinerary. This scheme would be made available by QTA and Qatar Airways for passengers stopping over at Doha.

Akbar Al Baker, Qatar Airways Group Chief Executive, was quoted by The Peninsula as saying that Qatar Airways was more than a national flag-carrier for their country. With this offering, we plan to give their passengers an extra offering to their existing travel plans.

He said that they wanted to make sure that the airline’s passengers have a great time whenever they travel with Qatar Airways.

Hassan Al Ibrahim, Qatar Tourism Authority, Chief Tourism Development Officer, said that when they launched the Transit Visa in November 2016, they took it as a matter of pride.

According to him, there has been a 53 percent increase in the passengers stopping over until March 2017 when compared with the same month in 2016. Al-Ibrahim said that their aim was to convert a major portion of 30 million passengers transiting through Doha’s Hamad International Airport into transit visitors.

These passengers will be given a choice to stay in hotels such as Marriott Marquis, Oryx Rotana, The Four Seasons and Radisson Blu.

This initiative would be available throughout the summer of 2017. To avail this offer, passengers must book their flight on www.qatarairways.com, choose the option of ‘multi-city’ and opt for one of the hotels after the receipt of their flight confirmation. This offer is being made available to Premium as well as Economy passengers.

If you are looking to travel to Qatar, get in touch with Y-Axis, a premier Immigration Consultancy Company, to apply for a visa from one of its many offices.