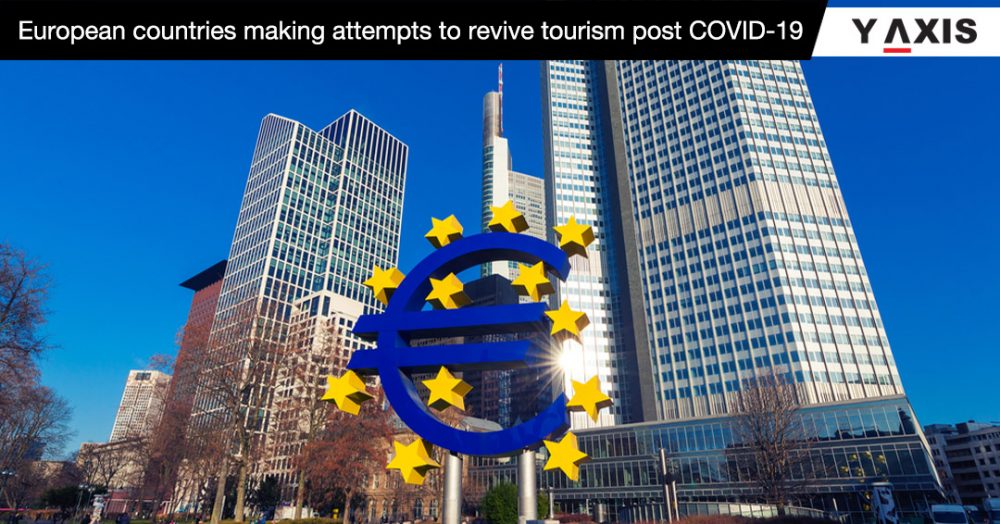 In a bid to lessen the effect of Coronavirus on the tourism sector many countries in Europe that are part of the Schengen agreement are coming up with various plans to revive tourism once the COVID-19 crisis is over.

There is no doubt that the Coronavirus pandemic has affected tourism in Europe. This has impacted the economy of many countries where tourism is a major contributor.

Among the various initiatives, Greece is in talks with the countries of Cyprus and Israel to create a ‘Corona corridor ‘ where they will be an attempt to draft every guideline and health regulations which will be agreeable to all the three countries.

The move is an attempt to attract tourists who may not be willing to travel far away from their countries in the coming months but will be more willing to explore their neighboring countries. The proposal by Greece, Cyprus and Israel makes sense because the countries are located close to each other.

However, the creation of such a corridor is not without its challenges. For instance, in the proposed ‘Corona corridor’ between Greece, Cyprus and Israel, the mandatory 14-day quarantine required by Israel from those who come from outside the country could be an obstacle. Another hurdle could be to get the tracking and tracing system in order to prevent outbreaks of the disease at tourist spots.

Tourism contributes to 10 percent of the GDP in the European Union, countries like Greece and Cyprus are keen on the idea of creating such a corridor because, for these countries, the contribution of tourism is even higher at 20 to 25 percent.

With such high stakes, European countries are discussing measures to revive tourism in the region and the creation of a common tourism corridor is one of the ideas. After the proposal by Greece, the Czech Republic is also considering the creation of a similar corridor with Slovakia and Croatia. Malta is also considering a similar proposal with its neighboring countries.

If such corridors must succeed and tourism must see a revival in the region, countries here must adopt common rules and protocols considering the fact that each country has their own measures for lockdown exits.

Some European countries are also considering issuing a Covid-19 passport to those with a clean health bill and help Europeans to travel in the summer.

The countries in Europe are keen to find new ways to revive the tourism sector in their region and creating a common corridor is one of the steps that they are considering.

If you are looking to Study, Work, Visit, Invest or Migrate, talk to Y-Axis, the World’s No.1 Immigration & Visa Company.