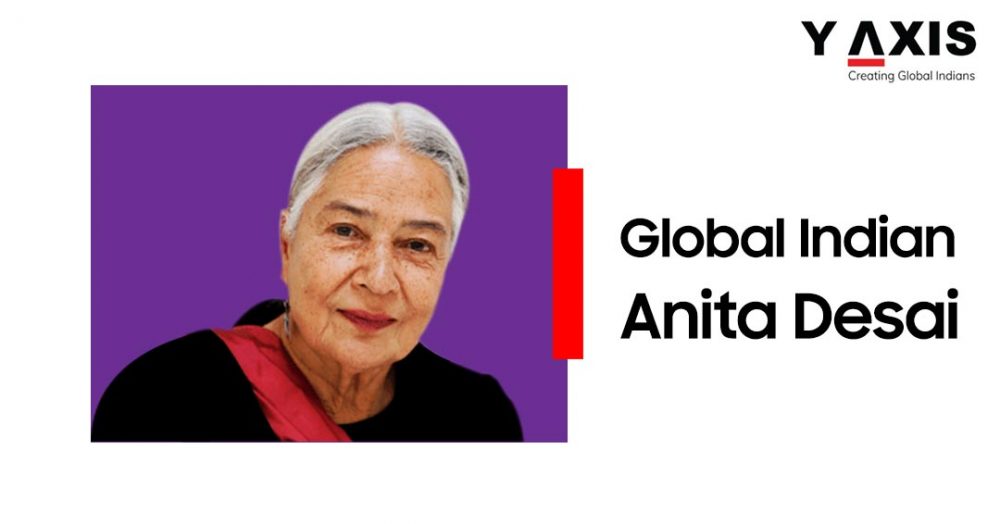 Anita Desai was born in 1937 at Mussoorie, India. Her father was D.N. Mazumdar, a Bengali businessman, and mother Toni Nime, a German expatriate. Her mixed parentage helped her learn multiple languages- Hindi, English, and German.

Anita was educated in Delhi and studied at Queen Mary’s school. She did her graduation in English literature from the University of Delhi. She was fond of writing from a very young age. She published her first story at the age of 9.

She published her first novel, Cry, The Peacock in 1963. Over the years in her writing career, she has experimented with multiple genres of writing such as novels, short stories, the literature for children, articles and interviews.

Anita is also a fellow member of the Royal Society of Literature, the American Academy of Arts and Letters, and the Girton College and Cambridge University.

Anita Desai was among the first Indian fiction writers to receive recognition for her work internationally.  She was the first Indian English novelist to be concerned with the inner lives of her characters and she manages to depict this in her novels.

Her fiction depicts aspects of human psychology such as personality distortion, dislocation of everyday life, recklessness of human actions and malignancy. She depicts human isolation, loss of identity, misfits and inconsistencies.

Her literary works are discussed in book-reviews, literary journals and seminars. She is a prominent figure in Indian literature in English who paved the way for other Indian writers to succeed and put Indian fiction in English in the world literary map.