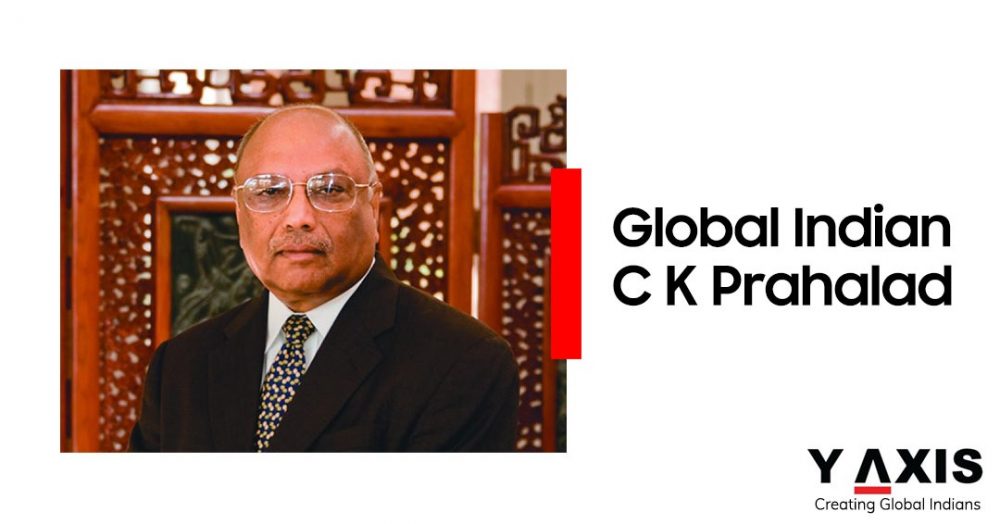 Coimbatore Krishnarao Prahalad  (1941 – 2010) was born in Coimbatore, Tamil Nadu. His father was a Tamil scholar and a judge.

He completed his BSc degree in physics from the University of Madras and joined Union Carbide, where he worked for four years. After this, he did his postgraduate degree in management at the Indian Institute of Management Ahmedabad.

He later joined the Harvard Business School where he wrote a doctoral thesis on multinational management and earned his DBA degree in 1975.

After graduating from Harvard, he returned to the Indian Institute of Management Ahmedabad to serve as a professor before going back to the US  in 1977.

Prahalad won the McKinsey Prize four times for the best article in Harvard Business Review and held honorary doctorates in economics, engineering, and business. He also won the Faculty Pioneer Lifetime Achievement Award from the Aspen Institute for contributions to social and environmental stewardship; the Italian Telecom Prize for Leadership in Business and Economic Thinking; Lal Bahadur Shastri Award for Excellence in Management, 2000, presented by the President of India; and many others.

The other awards he received include:

He has also served on several boards of prominent Indian companies, including NCR Corp., Hindustan Lever Ltd., and TVS Capital.

Prahalad was the creator of the base of the pyramid idea which changed the way the world viewed India’s economic potential.