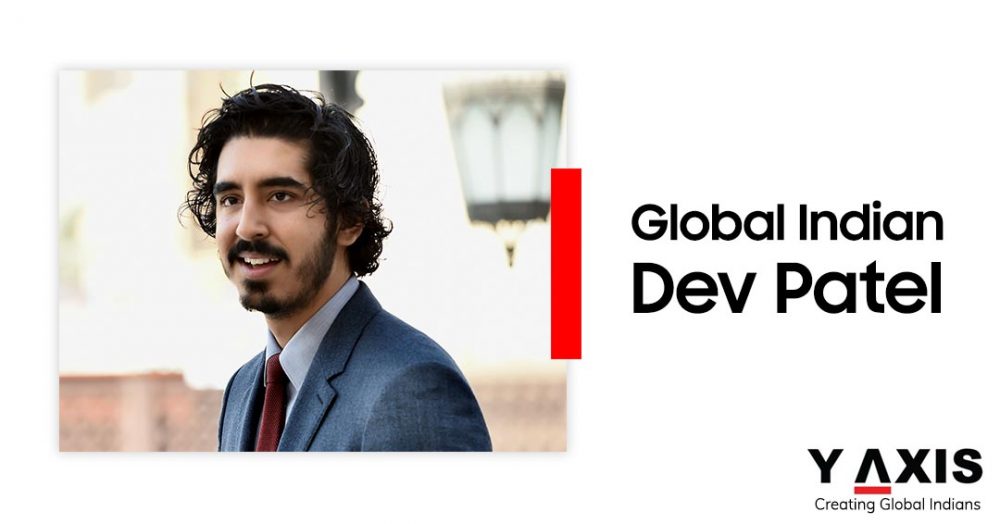 Dev Patel was born on 23 April 1990 in England. His parents are Anita, a care worker, and Raju, an IT consultant. They are both of Gujarati origin, who were born in Kenya and settled down in England.

Here is the list of films that Dev Patel has acted in so far.

Dev’s debut film, Slumdog millionaire won him many awards that include British Independent Film Award, National Board of Review (NBR) Award, Chicago Film Critics Association Award, and two Black Reel Awards for Best Actor and Best Breakthrough Performance. He won the the Screen Actors Guild Award for Outstanding Performance by a Cast in a Motion Picture, which he shared with ten other cast members from Slumdog Millionaire. He also won the Critics’ Choice Award for Best Young Performer for the movie.

In 2015, Patel appeared in the biopic The Man Who Knew Infinity as the mathematician Srinivasa Ramanujan and he played Saroo Brierley in the drama Lion (2016) the following year. He has won the BAFTA Award for Best Supporting Actor for the latter, and has been nominated for an Academy Award, Golden Globe, and SAG Award. In 2020 he was nominated actor for the Primetime Emmy Award for his role in Modern Love.

While Dev Patel is now well known as an international actor of Indian origin, he has confessed that growing up in England, he had very little exposure to India. The movie Slumdog Millionaire helped him know about India  and he continues to be fascinated by his home country.

← Your questions on the GRE at home test answered GRE: Note taking skills to help you →