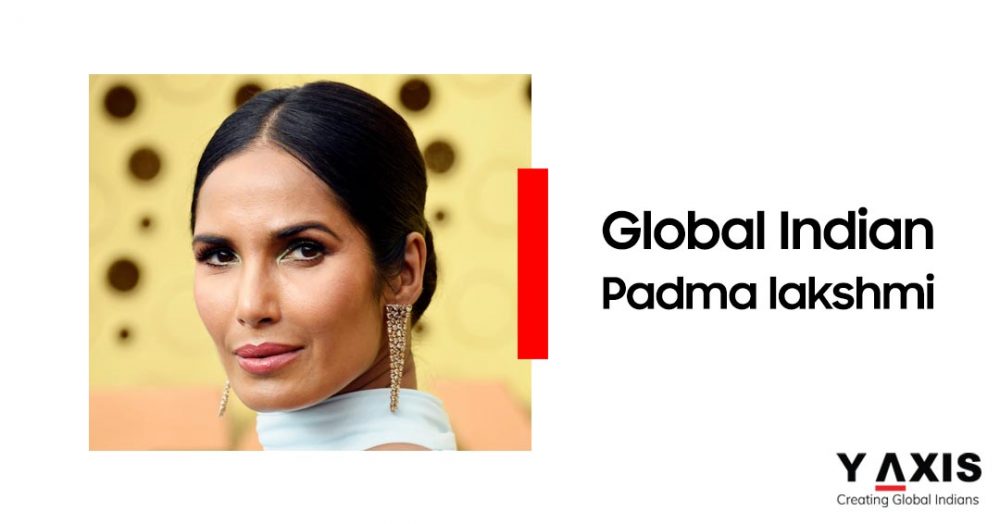 Padma Parvati Lakshmi Vaidyanathan was born in 1970 in Chennai, into a middle-class Tamil family. Her mother Vijaya was a  nurse. She moved to the US when she was 14 years old.

Lakshmi graduated from William Workman High School, California, in the year 1988. She did her graduation from Clark University, in Worcester, Massachusetts. She began her modeling career in Madrid, Spain. Lakshmi graduated with a degree in theater arts and American literature in 1992.

Lakshmi’s modeling career began at age 21 when she was studying abroad in Madrid, She said,  “I was the first Indian model to have a career in Paris, Milan, and New York. I’m the first one to admit that I was a novelty.’’ Lakshmi was able to pay off her college loans by working as a model and actress.

Lakshmi has hosted many TV shows and was one of the judges on the television show Top Chef since 2006.

She was nominated in the Primetime Emmy Award for Outstanding Host for a Reality or Reality-Competition Program in 2009 for the season 5 of Top Chef. Apart from this, she has acted in movies and TV series.

She is well-known as an advocate for immigrant rights and the independent restaurant industry. She is also the author of many acclaimed cookbooks and a memoir which include:

Lakshmi is a co-founder of The Endometriosis Foundation of America, a nonprofit organization.