The great best spots for international students in the UK 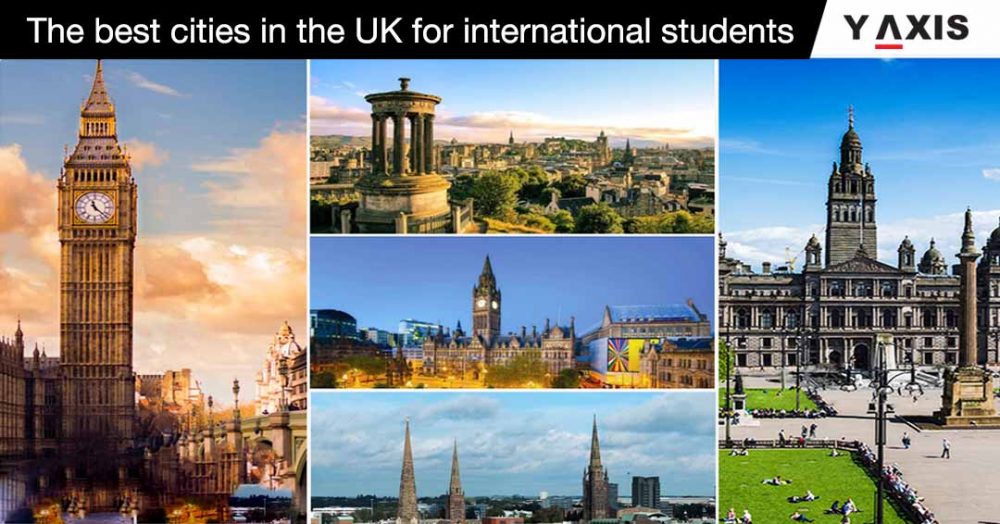 So, are you ready to study in the UK? You must already be knowing how the distinguished UK is for international students who seek world-class education and ample opportunities to begin a career.

To study abroad, the UK has many top-ranked universities and institutions, reputed for their fine academic legacy and impeccable quality of education. Graduate and Post Graduate studies in the UK are highly in demand among international students.

While a UK Study Visa is preferred for academic excellence of the country, there’s also the factor of living standards and work culture that attach to the academics. Here, let us look at a few cities in the UK that are great places to study a bachelor’s degree in.

It’s called the “Athens of the North”. It’s the capital of Scotland. Near to 40% of its population is comprised of international students. The city is famous for Old Town, which is a UNESCO heritage site. The city hosts some very colorful and unique festivals too.

Edinburgh is also known for its universities that are among the finest in the UK. These include:

With its metropolitan nature and historic relevance, Coventry is also known for its openness to modern values and lifestyle. It’s a noted destination for international students which is evident from the fact that near to 40% of students in the city come from abroad.

The major universities in Coventry include:

Birmingham has so much to offer international students as it’s an academic center along with being a financial center. The students can choose from a range of study programs and institutions. It has the largest number of research students in the UK after London. The culture and nightlife here are great to experience.

The capital of the UK, it’s a bustling city with many cultural and academic hubs besides the picturesque neighborhoods and busy areas.

The city has a well-organized student transport network. The city is home to universities like:

Manchester is also a great job market besides being the second-highest economy in the UK. It offers many options for entertainment. It does a commendable scale of exports in culture and music too. The city makes a considerable amount of contribution to science and engineering.

High-paying degrees for graduates in Germany in 2020

← Where do migrants settle in Canada? Tips to tackle the GMAT online exam →