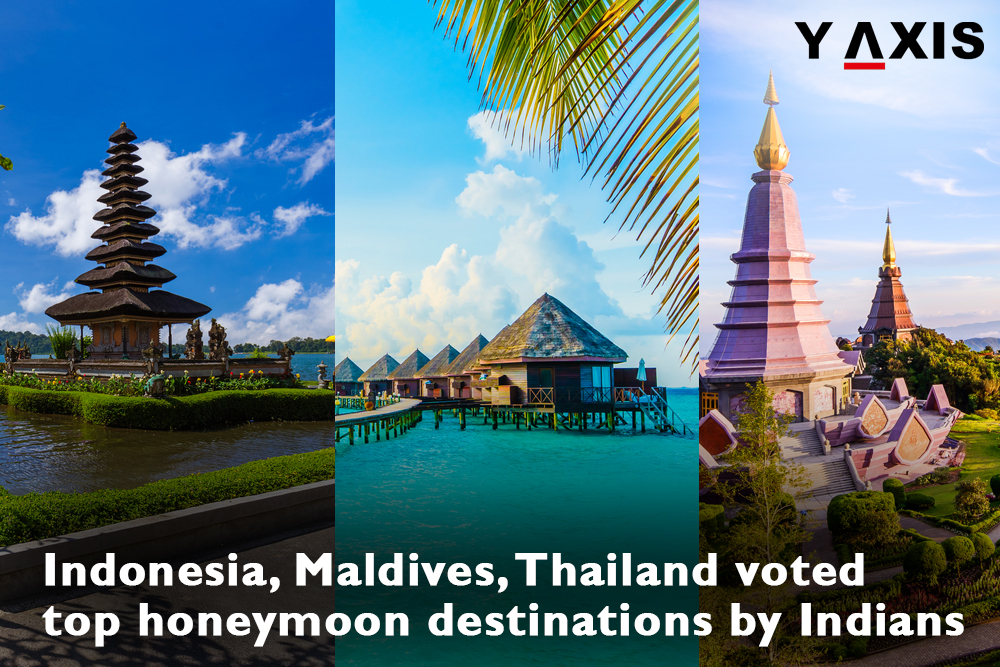 Bali, an island of Indonesia, has been voted the top destination for Honeymoons by Indian couples and trailing behind are Maldives and Thailand, according to a survey conducted by Ezeego1. com, an online Indian travel portal.

Neelu Singh, Ezeego1. com CEO and Director, was quoted by Press Trust of India as saying that Indian couples love destinations with beaches that offer the option of visa on arrival. Since honeymoon is an intimate experience, as opposed to a wedding, majority of the couples prefer planning on their own at least one year or six months in advance, she said

The study of the travel portal was based on its online analysis of customers enquiring for honeymoon packages during January-June 2017. With Greece and Paris retaining their popularity, an addition to the top five most popular honeymoon destinations was Seychelles, which registered the quickest growth in searches in 2017 compared to last year.

Meanwhile, Maldives has the advantage of housing some top luxury hotels of the world, and since it is also a popular holiday spot for Bollywood celebrities, its appeal has heightened for honeymoon couples.

On the other hand, Thailand is a hit with couples, as it caters to all types of budgets and requirements.

Greece and Paris, which were always popular, are now even more affordable as Euro’s value is on the decline.

Seychelles became an aspiring honeymoon destination, as the Air Seychelles began operating direct flights between Mumbai and the tiny island nation five times a week, resulting in the growth of Indian Honeymooners heading to it by nearly twice in 2017.

Mauritius was the seventh most favourite destination for honeymooners, particularly for couples for its variety of luxurious stay options, beaches and climate. Sri Lanka ranks eighth because of its proximity to India, its beaches and its affordability.

Ranked ninth and tenth for Indian honeymooners were Scotland and Budapest, as they are said to be romantic hot spots and also because of the affordable exchange rates they offer.

If you are looking to head to any one of the aforementioned destinations, get in touch with Y-Axis, a popular company for immigration services, to apply for a Tourist Visa.