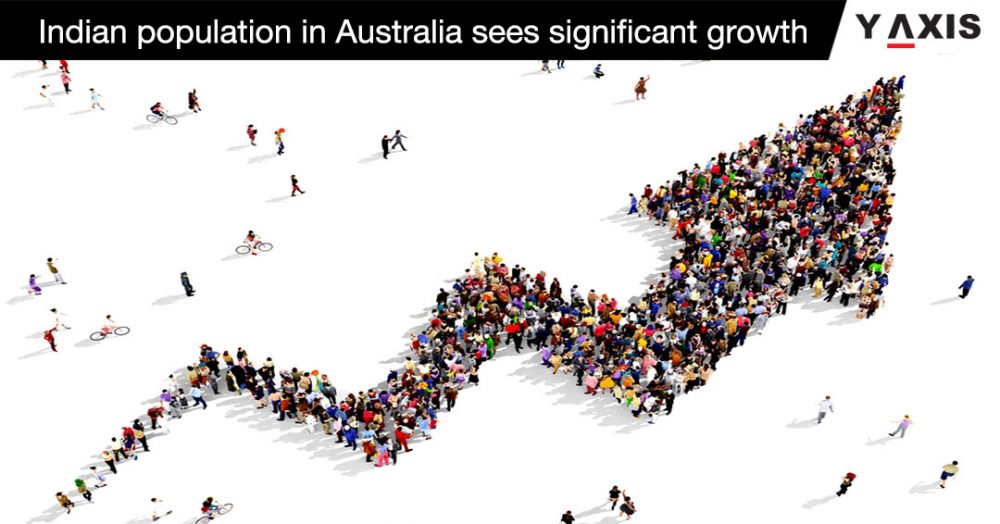 Australia’s population comprises not just the indigenous people but also immigrants from various countries. Australian-born people make up 71 percent of the population. Asians outnumber Europeans among those from overseas countries who are Australian residents. According to the latest figures released by the Australian Bureau of Statistics (ABS), the Indian population in Australia stood at 666,000 in 2019. This is an increase of 11 percent from the 592,000 Indians in Australia in 2018.

Indians contribute to 2.6 percent of the population in Australia. The average age of Indians in the country is 34 years.

Where does the Indian population live in Australia?

The highest population growth has been observed in the Australian cities of Sydney, Melbourne and South-East Queensland, which have led to 75 percent of Australia’s population growth in the past few years, while the population has also grown in some regional areas.

Most immigrants from India live on the eastern coast of Australia. The highest number of Indian migrants can be found in the state of Victoria where the population of Indians is at 182,000, New South Wales comes next with 153,000 Indians as of June 2016.

The population of Indian migrants in other cities/regions:

People born in India contribute to around 4 percent of Melbourne’s population and 2 to 3 percent of the population in other cities.

India: The biggest source of migrants

According to ABS, 7 million immigrants were living in Australia in 2018. Statistics show that little more than 29 percent of Australia’s resident population was born overseas.

The biggest source of migrants to Australia has been India. In the 160,323 places allocated to permanent residents in Australia’s migration program for 2019-20, 33,611 places went to Indians. In the same year, over 28,000 Indian nationals became Australian citizens.

With the growing population of Indians in Australia, Indian languages are being widely spoken in the country.

Hindi was the top Indian language being spoken here with 159, 652 speakers according to the 2016 census report. This was followed by Punjabi at 132,496.

In fact, these two languages are among the top ten languages spoken in the country.

By 2029 the Australian Bureau of Statistics (ABS) predicts that the country’s population will reach 29.5 million and the number of Indian migrants will continue to be a significant figure.

If you are looking to Study, Work, Visit, Invest or Migrate to Australia, talk to Y-Axis, the World’s No.1 Immigration & Visa Company.