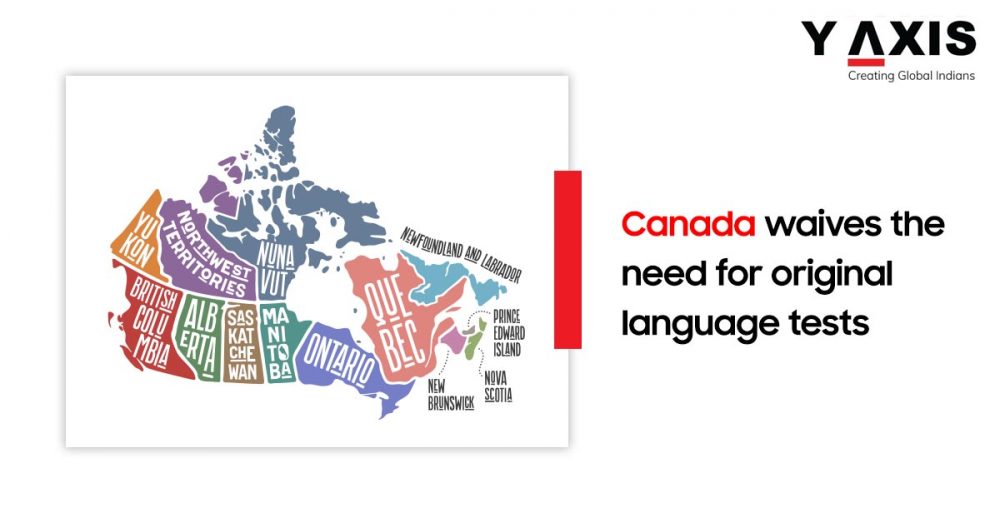 As per clarification by Immigration, Refugees and Citizenship Canada [IRCC], now original test language results are not needed for specific Canada immigration programs.

For 4 Canada immigration programs – that is, the Rural and Northern Immigration Pilot [RNIP], the Agri-Food Pilot [AFP] program, the Atlantic Immigration Pilot [AIP], and the Start-up Visa program – the IRCC will be accepting copies of the language tests.

Candidates applying for Canada immigration will be expected to meet the Canadian Language Benchmarks [CLB] requirements for the specific program applying to.

Offering a fast-tracked route to Canada, the Atlantic Immigration Pilot program, launched in 2017, facilitates the settlement of foreigners in Atlantic Canada.

By “Atlantic Canada” is implied the 4 Canadian provinces of – Newfoundland and Labrador, Nova Scotia, New Brunswick, and Prince Edward Island.

As per the 2020-2022 Immigration Levels Plan, Canada plans on welcoming 5,000 newcomers to Canada through the Atlantic Immigration Pilot each year from 2020 to 2022.

The AIP is for foreigners that have valid job offers in any of the provinces that make up Atlantic Canada.

As it is an expedited immigration pathway, Canadian employers that will be hiring immigrants through this program can skip the requirement for the Labour Market Impact Assessment [LMIA]. On the foreign national accepting the job offer, the employer will then be connecting them with a designated settlement service provider organization.

Language requirements: a CLB 4 at the minimum. A CLB 4 when equated to IELTS would mean –

CLB stands for Canadian Language Benchmarks [CLB], a descriptive scale of ability in language that assesses an individual’s proficiency in the language from basic to advanced.

In a News Release on June 14, 2019, the federal Government of Canada announced the launch of the Rural and Northern Immigration Pilot.

11 communities from 5 provinces – Alberta, British Columbia, Ontario, Manitoba, and Saskatchewan – are participating in the Pilot. These communities now have access to a Canada immigration pathway to “attract newcomers” for supporting “middle-class jobs” in their specific community.

9 out of the 11 communities are accepting RNIP applications.

To be eligible for the RNIP, an immigration candidate would be required to meet the requirements of both the federal Government of Canada as well as the specific community. Each of the participating communities have their own particular requirements.

Among the federal eligibility criteria for the RNIP, the language requirements would be based on the job offer.

While initially scheduled to be launched in March this year, the Agri-Food Immigration Pilot was launched on May 15, 2020.

To be eligible to apply under the AFP, a foreign worker must be working in specific occupations – in the agri- food sector of Canada. Annual limits have been placed on the number of applications that will be accepted for each of the eligible NOC codes.

Language requirements: at least a CLB 4.

The Start-up Visa Program of Canada specifically targets immigrant entrepreneurs, with the potential and skills for building businesses in Canada, that –

Foreign entrepreneurs that have an innovative business idea can seek support for their idea from any of the designated organizations for the Start-up Visa for Canada.

Language requirements: minimum CLB 5 which corresponds to a Band 5 in each of the 4 abilities under the IELTS.

If you found this blog engaging, you may also like …