Neomi Rao sworn in as powerful DC Court Judge in US 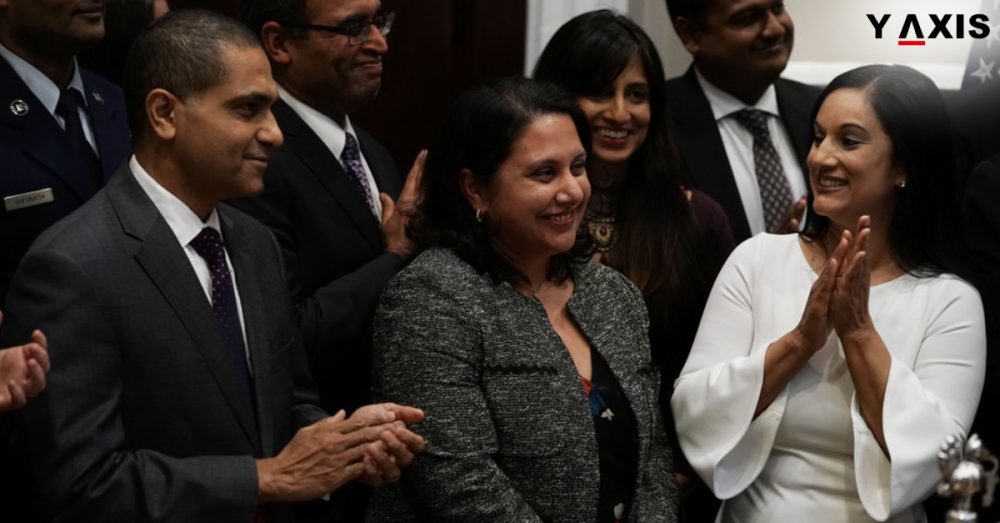 A prominent Indo-American Lawyer Neomi Rao has taken oath as the District of Columbia Circuit Court of Appeals’ US Circuit Judge. She is the second from the Indian-American community to be a part of the influential court. It is considered next only to the Supreme Court in the US.

45 Years Ms. Rao was sworn in the Roosevelt  Hall of the White House by US Supreme Court Justice Clarence Thomas. She will take place of Justice Brett Kavanaugh who is now the US Supreme Court Judge. He was nominated for the top post by President Donald Trump.

Mr. Kavanaugh was the District of Columbia Circuit Court of Appeals’ US Circuit Judge earlier. Later he was sworn in as the Judge of Supreme Court in the US. His process of confirmation was blemished by allegations of sexual misconduct, as quoted by the Hindu.

Ms. Rao took the oath on the Bible and her husband Alan Lefkowitz was present. Mr. Trump took part in the oath-taking ceremony as per the schedule of the White House.

Neomi Rao was born to Zerin Rao and Jehangir Narioshang in Detroit who are Parsi doctors from India. She is only the second Indo-American to be part of the influential US Court after Sri Srinivasan. He was appointed as the Court Judge by the preceding Obama administration.

The Indo-American lawyer was nominated for the post in Diwali celebrations in November 2018 by President Trump. Her nomination was established by the Senate by 53-46 votes last week.

Commenting on his nominee, Trump had said that she is going to be incredible and a great individual.

Ms. Rao was previously the Office of Information and Regulatory Affairs’ Administrator. This was in the Office of Management and Budget and played a crucial role in regulatory improvements.

Neomi Rao was the Professor George Mason University’s Antonin Scalia Law School prior to serving as OIRA Administrator. It was in administrative law, structural constitutional law, statutory interpretation and legislation.

← Study abroad experiences leads to gain in careers How to budget your Study Overseas education? →