Population of Spain rises in 2016 on back of increased immigration 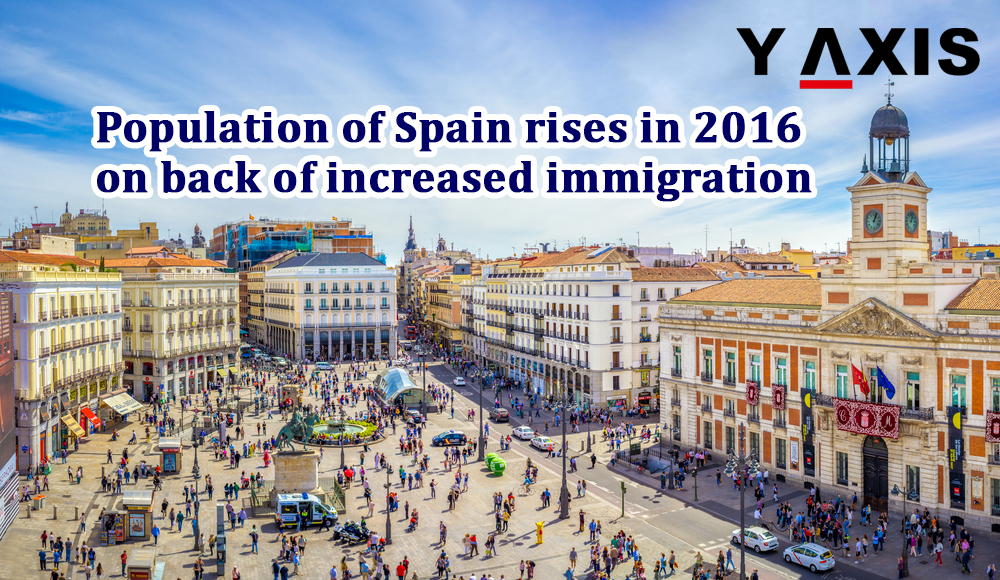 The Population of Spain increased in 2016 for the first time since 2011 on the back of migrants flocking to the country and fewer citizens leaving it as it showed signs of economic revival.

Revealed by official data on 28 June, it also showed that Spanish population had fallen from 2011 to 2015 after real-estate prices started falling since the Great Recession of 2008, leading to an almost five-year economic downturn, during which unemployment swelled to 27 percent.

The total Spanish Population increased to 46.5 million in 2016, according to INE (National Statistics Institute) of Spain.

Last year saw 354,461 foreigners migrating to Spain, an increase of 22.5 percent when compared with a year prior to it. It also saw 23,540 more Spaniards returning to their home country than those who left it.

Reuters cites the data to say that most immigrants were Romanians, followed by Moroccans and the third-largest number of them were Britons.

The Bank of Spain said on 28 June that Spanish economy’s expansion is expected to accelerate in the second quarter of 2016 when compared the quarter prior to it owing to study domestic requirement and increasing employment.

Seasonal jobs play a major role in the economy of Spain owing to the busy tourist season and an energetic agricultural sector, both of which attract thousands of foreign workers every year.

Construction, which tumbled during the recession, rebounded and has re-established itself as a crucial force. This sector too employs foreign migrants in large numbers.

If you are looking to Migrate to Spain, get in touch with Y-Axis, a prominent immigration consultancy company, to apply for a visa.