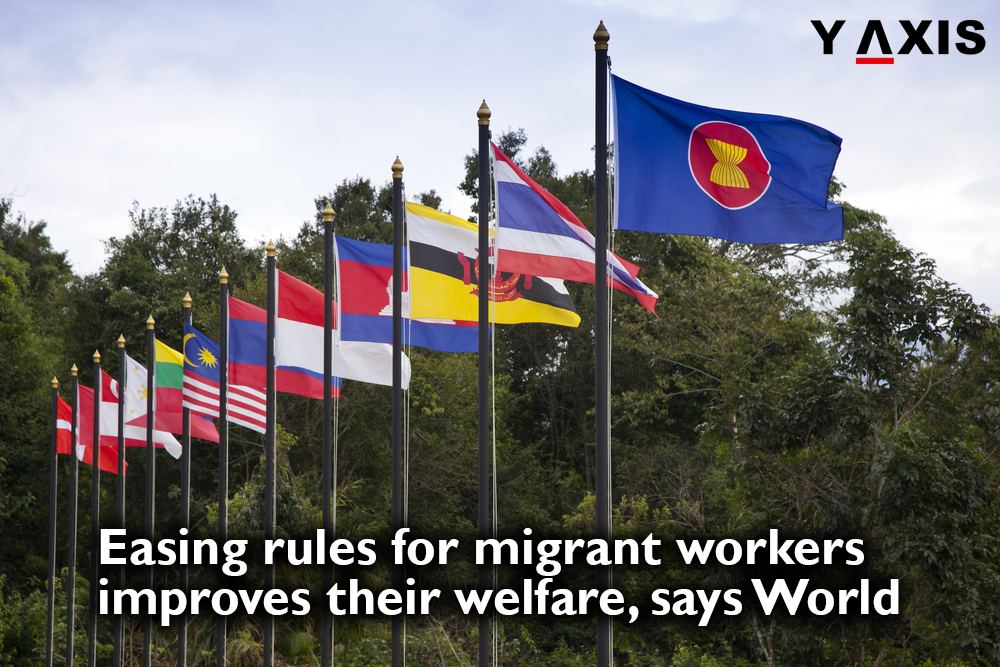 Simplifying rules for Migrant Workers can improve their welfare and increase regional economic integration, according to new World Bank report. In a report, entitled ‘Migrating to Opportunity’, it said that  within ASEAN (Association of Southeast Asian Nations), intra-regional migration had grown substantially between 1995 and 2015, as Singapore, Malaysia and Thailand have become regional migration hubs housing 6.5 million migrants, who make up 96 percent of the total Migrant Workforce in ASEAN.

Approximately $62 billion was remitted in ASEAN countries in 2015. Remittances constitute 10 percent of the Philippines GDP, while they contribute seven percent, five percent, and three percent of the GDP of Vietnam, Myanmar and Cambodia, respectively.

Low-skilled and, some undocumented, migrants from ASEAN countries are employed in sectors such as the plantation, construction and domestic services.

Although jobs are also available for High-Skilled Workers, not many have been able to make most of these opportunities. Measures are said to be have been initiated by the ASEAN Economic Community to enable mobility. These regulations, however, only apply to few skilled professions such as architects, accountants, dentists, doctors, engineers, nurses and tourism professionals, which constitute just five percent of the jobs in this bloc.

Sudhir Shetty, World Bank Chief Economist for the East Asia and Pacific region was quoted as saying the press release of the World Bank that by choosing right policies, source countries of migrants can profit economically from migration while protecting their nationals who opt to migrate for employment. Countries which receive migrants, on the other hand, fill workforce shortages and boost long-term economic growth, if policies of migration are amenable with their economic requirements.

On the other hand, unfit policies and inefficient institutions can cause the region to miss out on opportunities to benefit as much as they could from migration, Shetty said.

If you want to Work in Singapore, Malaysia, Thailand and other countries in that region, get in touch with Y-Axis, a leading firm for immigration services, to apply for a work visa.