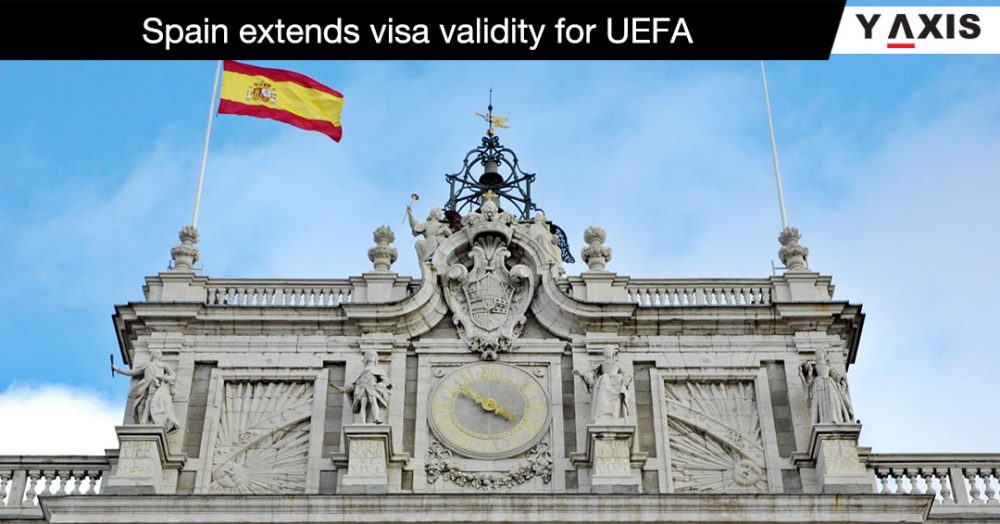 Due to the Coronavirus pandemic that has badly affected Spain, the country has decided to postpone the UEFA scheduled to be held in the country to next year.

The San Mamés Stadium of Bilbao in the country was chosen as the venue for four matches for the Euro 2020 football tournament.

As a result, Spain has decided to extend the visa permissions and tax breaks granted to individuals due to the tournament.

The country’s council of ministers have agreed to extend the tax and visa validity. The visa validity allows UEFA’s employees to enter and leave Spain which is the host country as many times as required four years before the tournament and one year after it is over.

Under the UEFA guidelines, foreign nationals will also receive a valid passport with official accreditation and will include visas that will help them visit, stay or leave the country as required.

The guidelines also indicate that people from other host countries and participating countries who have a valid passport and have the passes to anyone or all the matches to be held in Spain can enter and exit the country through a simplified procedure. These visa regulations will be in effect two weeks before the start of the event and one week after it ends.

Due to the COVID-19 crisis, Spain announced last week that it will continue its travel restrictions and border closures till May 10. The border controls with its neighboring countries of France and Portugal will also be effective till this date.

The European Commission on its part has asked all European nations to extend their border closures till May 15 to stop the spread of Coronavirus.

← Indian population in Australia sees significant growth How to immigrate to Canada during COVID-19? →