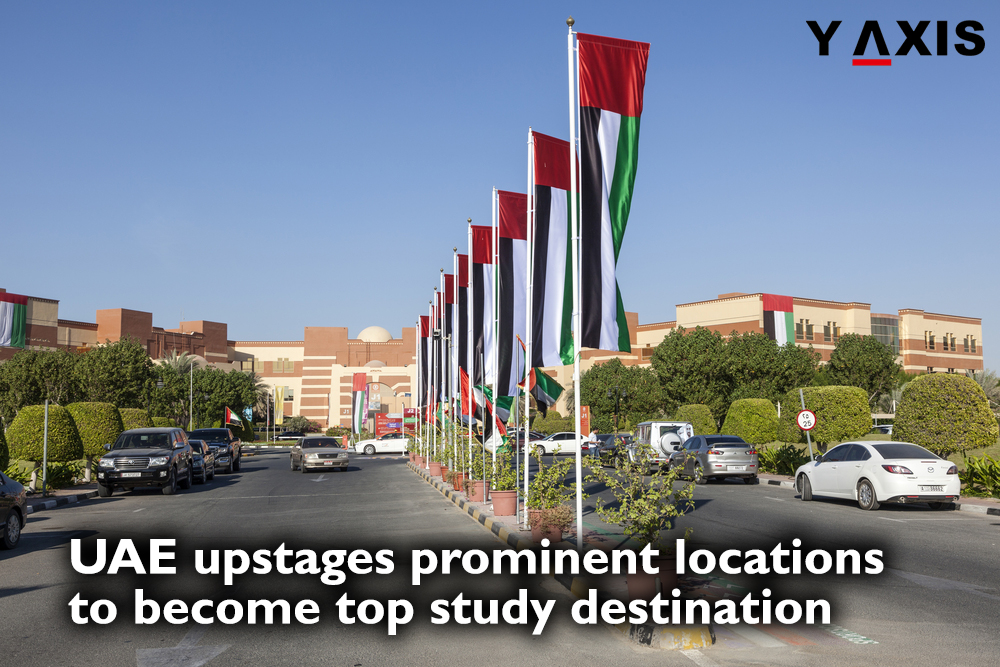 UAE beat Switzerland, Singapore, South Korea and China to emerge as a more favoured study destination, according to new research.

Researchers also revealed that UAE was on par with New Zealand, Sweden, the Netherlands and Switzerland as a destination for study.

The findings of the study were made public on 19 October in Dubai at the launch of the ‘Transnational Student Mobility and Future Employment Trends in 2017’.

The reason behind UAE’s popularity with International Students was said to be the quality of universities, work-study permits and the country’s safe environment.

Mohammad Abdullah, managing director of DIAC, was quoted by Gulf News as saying that their study was a result of necessity, owing to the rise of the transnational student market globally in order to promote a much better understanding of the transforming educational landscape and ways to exploit best the opportunities that it would bring for both educational institutions and students.

The aim of the research was to zero in on the factors that encourage potential students worldwide, including in which destinations would they like to study; the reasons behind them; obstacles they fear; etc. The pursuit was to offer a better grasp of global student needs and employment preferences in the future across a wide range of developing countries in Asia, the GCC and South America.

Responses were gathered and examined from students aged between 17 and 25 in the survey. Majority of the respondents (69 percent) stated they wanted to stay in the country where they study, at least for quite a few years, giving an opportunity for top education destinations intending to lure Educated Skilled Workers and retain them.

Samir Zaveri, president and CEO of BMI Media, was quoted as saying that BMI Media’s regional headquarters was set up in DIAC due to their common goal of luring foreign students to Dubai.

He said that it became evident as educational event organisers that with their partnership, they needed to bring out a study which would provide an answer to all the questions a higher educational institution should know how it should go about attracting international students.

If you are looking to Study in Dubai, get in touch with Y-Axis, a leading company for immigration services, to apply for a Study Visa.