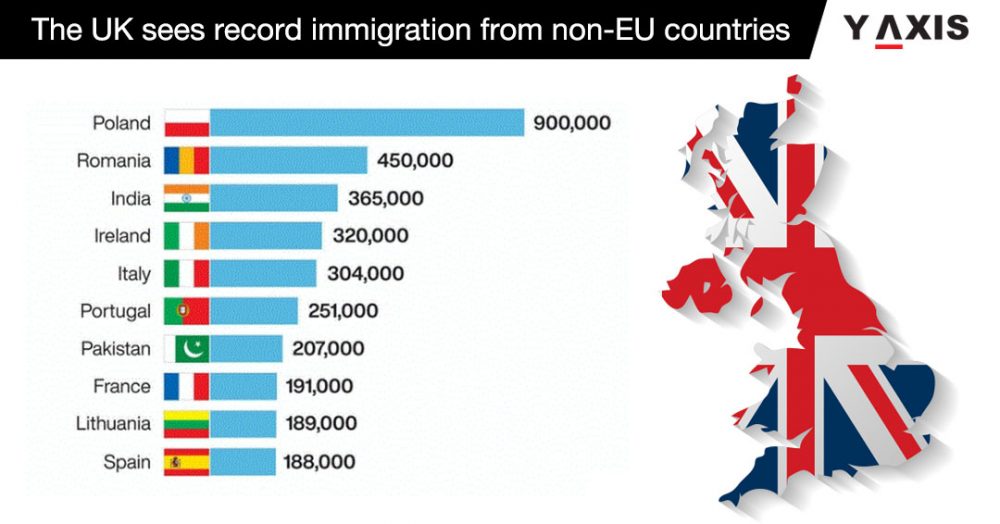 A recent report released by the Office for National Statistics (ONS) in the UK says that the country recorded the highest number of total migration from outside the EU in 2019 which was also the highest in the last 45 years. According to the ONS, this increase was mainly due to the rise in the number of students arriving from China and India.

The ONS also reiterated that the number of immigrants from EU countries has steadily decreased. In 2019 about 49,000 EU citizens came to the UK which was lesser than the peak levels of more than 200,000 in 2015 and early 2016.

The ONS however claims that the overall migration levels to the UK have remained stable since the end of 2016 but the migration patterns of EU and non-EU citizens have followed different trends. While migrants from the EU mainly arrived for work, those from the non-EU countries mainly came to the EU for study purposes.

The student visas have increased net migration from non-EU countries for 2019 up to 38 percent to 282,000 which were the highest ever since the statistics were first collected in 1975. 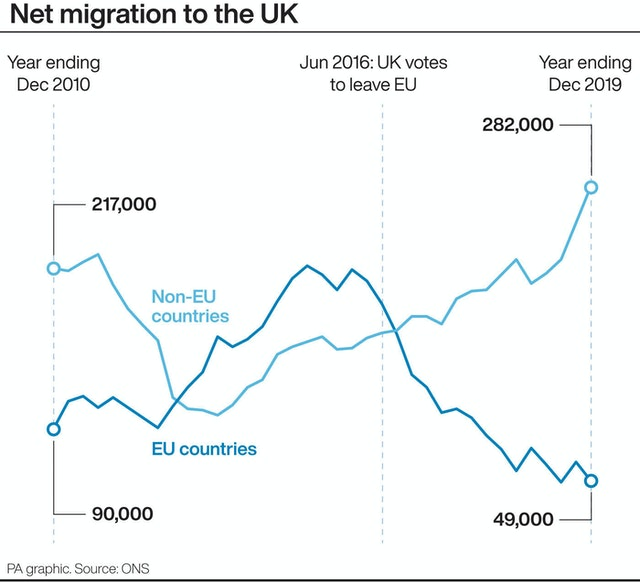 Immigrants from the EU who came to the country intended to stay here for 12 months and then leave the country.

Non-EU migrants arriving in the UK

Other reasons for coming to the UK

Net migration at a high

The net migration from outside the EU which is the balance between the number of people entering and leaving the country was also the highest in 2019, which was at 282,000 and has gradually risen to 2013.

In the wake of the Coronavirus pandemic, whether the rate of immigration will continue at the same pace is to be seen.