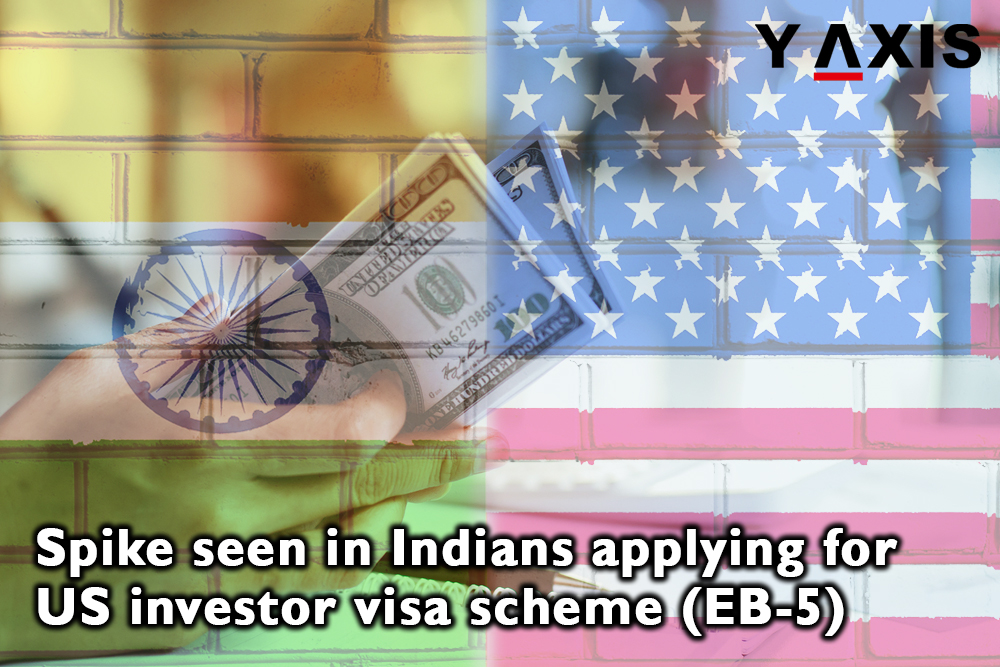 With the government of the US cracking down on the short-term work visas that are issued to IT professionals, the number of Indians who are applying for the US Investor Visa scheme (EB-5) has seen a significant increase.

This visa programme offers foreign residents the opportunity to become Permanent Residents of the US if they invest at least $500,000 in a business approved by its government or generate 10 full-time jobs for American-born citizens.

Though most of the applicants were Chinese nationals for the past few years, the EB-5 visa applicant numbers from India have suddenly shot up since 2015 and are expected to increase

While Chinese citizens constituted the highest number of applicants for quite some time, applications from India had soared since last year and were set to grow aggressively, said Jeff DeCicco, CEO of CanAm Investor Services, an immigration consultancy firm.

DeCicco was quoted by Business Standard as saying that India had become an important country since 2015 as the number of Chinese applications remained stationary. He said that while they had received fewer than 30 applications between 2007 and 2014, they were receiving 200 applications each year now.

There are said to about 10,000 EB-5 Visas available annually with each country being allowed only up to seven percent (700) of them.

In case applicants from one country exceed that ceiling, they are waitlisted, which is what happens to most Chinese nationals for whom this programme proved to be attractive since its inception, are.

Waitlisted candidates are given an opportunity if some of them go unoccupied at the close. This resulted in 85 percent of US Investor Visas being bagged by Chinese citizens until 2014.

According to the US government figures, Indian entrepreneurs have invested over $120 million through this programme, representing a growth rate of 140 percent since 2014. Indian investors now make up the third largest group of American Investor Visa applicants after Chinese and Vietnamese citizens.

The investments for these visas are encouraged to be put in targeted employment areas, which are mostly rural, unemployment rates of which exceed the national average by 1.5 percent.

This visa programme got a shot-in the-arm since Donald Trump-led US administration has suggested that its scope could be widened.

If you are looking to Migrate to the US, get in touch with Y-Axis, a leading company for services in immigration, to apply for a relevant visa.