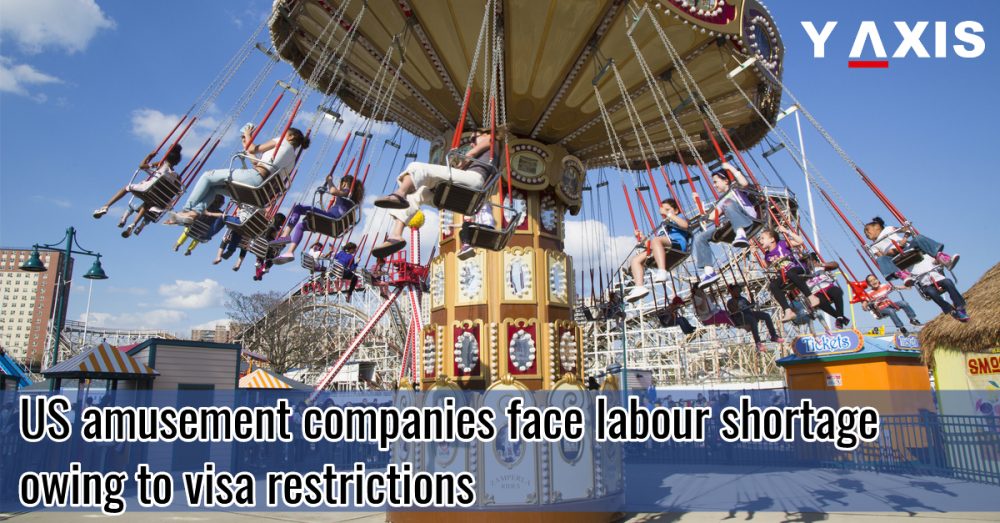 American amusement companies have been dependent for long on Mexican Seasonal Workers to operate carnival rides, but fewer are coming in 2017 as the number of visas available has gone down.

James Judkins, owner of Texas-based JKJ Workforce Agency, a company specialising in the H-2B visa process, was quoted by Cleveland. com as saying that if half of the workers who have been trained are not able to come back, certain operations can be badly hurt.

According to him, Amusements of America, a New Jersey-based company, had recruited workers before their supply was exhausted, as its season starts early. On the other hand, smaller amusement companies in northern states were hit hard because their seasons will start later.

The problem of cropped up in March when the allotment for summer of H-2B Visas was over. This left many companies, which seek people to fill vacancies previously filled by foreign workers, in a fix.

A Bates Amusement employee said that their company had trouble finding workers for its 50 to 60 seasonal vacancies, as they could no longer hire people from Mexico.

She said that most of the local workers whom they have hired for jobs have left them within a day or two, but Mexicans stayed on because they needed to work. This year, she says, their company would be hiring weekly workers.

The New York Times was quoted as saying that two-thirds of the 7,000 workers hired by amusement sector in the US each year come from the state of Veracruz in Mexico.

If you are looking to Migrate to the US, get in touch with Y-Axis, a prominent consultancy company that provides immigration services, to apply for a visa.