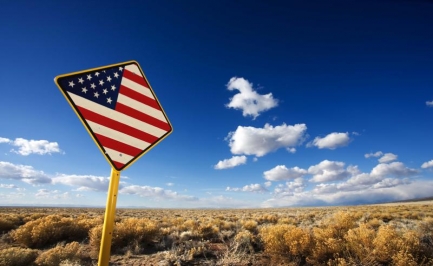 NEW DELHI: Home to some of the world’s exotic destinations, the United States on Friday made an attempt to woo maximum number of tourists from India by flaunting its new initiatives like Interview Waiver Programme under which an applicant can get visa without having to appear in person.

As India is expected to cross 1 million visitor mark by 2015 and leap into the league of top 10 countries that bring tourists to that country, US promoted its favourite cities like New York, San Francisco, Chicago and California to potential tourists and tour operators at a seminar here.

Inaugurating the one-day seminar, US Ambassador to India Nancy J Powell said over 6.5 lakh people from India visited the US in 2011 and attributed the increase to strengthening of relationship between the two countries.

“Travel and tourism to the US is an important way for us to expand our cultural and commercial ties and increase trade growth between our countries. Total spending by Indians travelling to the US was USD 4.6 billion last year, up 15 per cent from the year before,” she said.

The Ambassador noted that the “most important” aspect of travel and tourism between the two countries is not dollar figures, but the “person-to-person relationships” that are cultivated.

On the recent programme that allows certain applicants to apply for visas being interviewed in person, Embassy officials said the programme has already been implemented. The programme also found mention in the Joint Statement issued after the third US-India Strategic Dialogue in Washington earlier this month.

The officials said the applicant can make use of the programme if he applies for same category of visa, if previous visa was issued at the same post, if he has not been refused for same visa category and if his visa is still valid or has expired within the last four years.

Powell said the new programme will make it easier for Indian citizens to come to the US for various purposes. The Ambassador also said the Obama Administration will continue to find more ways to make travel from India to the US as simple as possible.

Embassy officials said more than 660,000 Indians visited the US last year and it was a record year for tourists from India. They also said 97 per cent of the visas are processed within 24 hours and waiting time for visa appointments are currently 10 days or less across India.

Interview Waiver Programme, the League, US, visa, year up