Where do migrants settle in Canada? 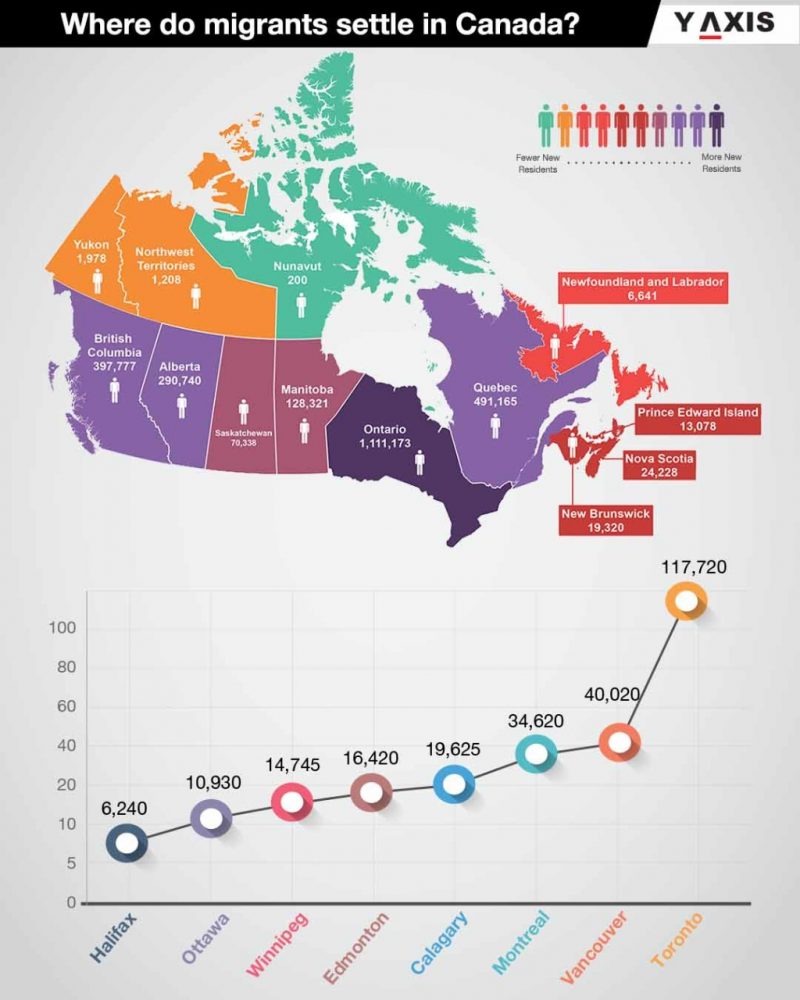 Though the Coronavirus pandemic has caused a temporary setback to

country’s immigration plans, the number of immigrants is expected to increase post the pandemic.

Top cities where immigrants choose to settle down

The table below shows the number of migrants in major cities of Canada and their contribution to the population percentage: 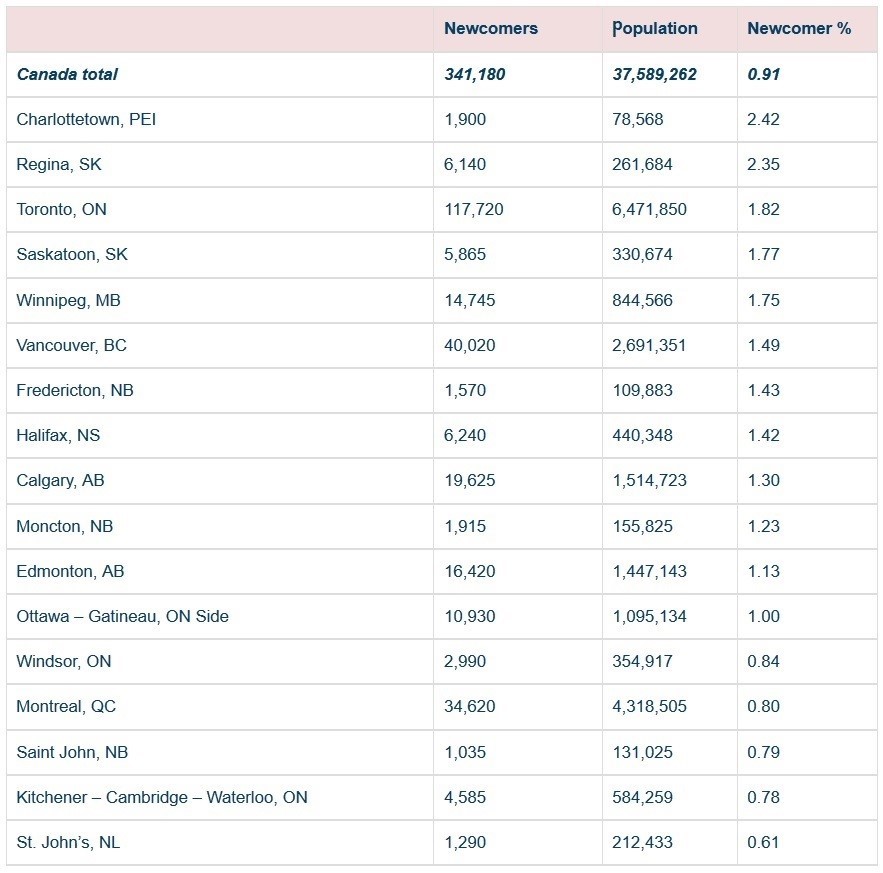 The above table indicates the intake rate of the cities in terms of one percent of the city’s population. This is per capita intake of each area.

In the coming years, immigration is expected to contribute 100 percent of the population growth in Canada.

If we rank cities based on the growth of population on a per capita basis, Charlottetown takes the first position where 2.4 percent of its growth was contributed by immigrants. One of the reasons for this is the success of the Prince Edward Island provincial nominee program and Atlantic immigration program in bringing in economic class migrants.

Likewise, the  Saskatchewan and Manitoba provinces have been able to bring in many economic class immigrants through their provincial nominee programs in the last two decades.

Many cities in the Atlantic region of Canada have welcomed immigrants to their region in recent years to help in their economic development. Cities like Fredericton, Halifax, and Moncton had at least 1.2 percent of immigrants contribute to their population in 2019.

The capital region of Ottawa-Gatineau welcomed immigrants who contributed to one percent of its population last year. Most of them were economic class migrants.