Which are the 29 occupations under BC PNP’s Tech Pilot? 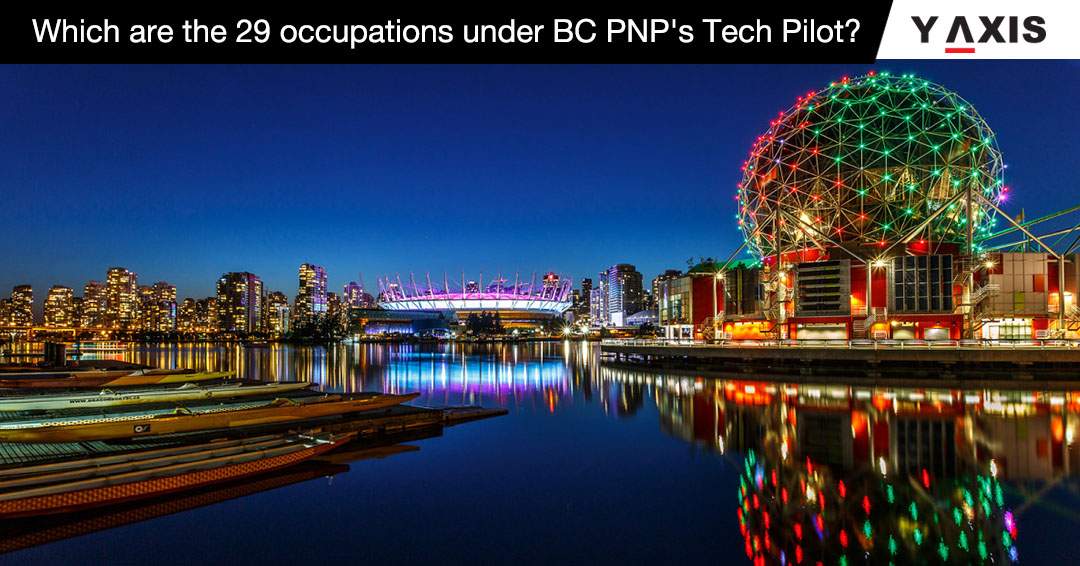 British Columbia is the westernmost of the provinces in Canada. British Columbia, or BC as it is more commonly referred to, is bounded towards the north by Yukon and the Northwest Territories. While the province of Alberta lies to its east, the US states of Montana, Idaho and Washington lie to the south of the province. The Pacific Ocean surrounds BC to the west.

The Tech Pilot of the BC PNP ensures that the technology sector in the province can attract as well as retain the required talent, both for its sustenance at present as well as growth in the future.

BC employers can address their talent requirements through the BC PNP Tech Pilot that provides a fast-tracked pathway to Canada immigration for international students and foreign workers that are in demand in the province.

Timeliness and prioritization are some of the key features of the Pilot. Along with weekly invitations being issued under the Tech Pilot, tech applications that are submitted get priority processing as well.

While the processing time for 80% of applications submitted to the BC PNP is 2 to 3 months from the receipt of the application, Tech Pilot applications are processed within a much shorter timeframe.

Demonstrated to be in high demand in the BC tech sector, 29 tech occupations make up the list of eligible occupations for the BC PNP Tech Pilot.

Initially, a labour market research conducted by the Vancouver Economic Commission and the BC Tech Association identified 32 tech occupations that were in high demand in the province. Nevertheless, based on the actual demand received from the BC tech sector employers during the first year of the Pilot, a decision was taken to go ahead with 29 of the original 32.

29 occupations eligible for the BC PNP Tech Pilot

Those applying under a Skills Immigration category in any of the above-mentioned 29 occupations must have a job offer of a minimum of 1 year in length, of which at least 120 days must be remaining at the time of applying to the BC PNP.

Do note that the BC PNP Tech Pilot is not any separate category or stream as such. Applicants are required to apply to the BC PNP under any of the existing categories while ensuring that they meet the general as well as category requirements.

Now is the best time to apply for Canada immigration!

← What is a good score in the GRE? Ontario’s Timmins city is accepting RNIP applications →