Which PNP can get me to Canada quickest? 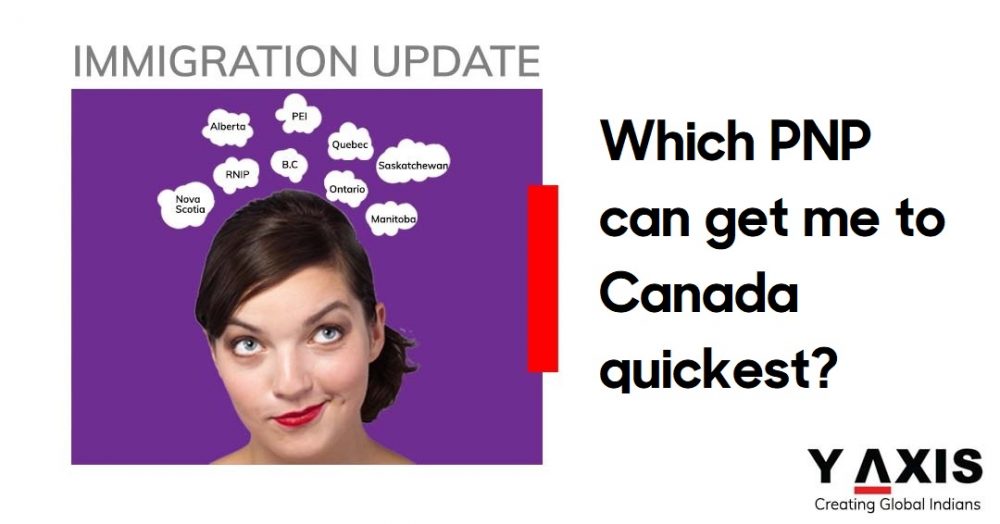 Canada is a top favourite among immigrants. With a wide range in immigration pathways, Canadian immigration does seem to have something for almost everyone.

Known for its streamlined immigration process and a friendly stance towards immigrants, Canada lets you settle down in the country much sooner than you realize.

As per Immigration, Refugees and Citizenship Canada [IRCC], “Through Express Entry, we process the majority of complete applications [those that include all supporting documents] in six months or less”.

To be able to apply for Canada permanent residence thorough the Express Entry system, you will first have to be invited by IRCC for the same. These invitations – referred to as Invitations to Apply [ITAs] – are issued by the federal Government of Canada in the Express Entry draws that are held from time to time.

An effective way of guaranteeing that you receive an ITA is by securing a nomination through the Provincial Nominee Program [PNP] of Canada. There are around 80 different Canada immigration pathways available under the PNP.

One of the most commonly held misconceptions is that some PNPs are easier and quicker as compared to the others.

Each of the 9 provinces and 2 territories that are a part of the PNP have their own unique streams, specifically designed keeping in view the particular labour market demands in their region and targeting a specific category – international students, skilled workers, entrepreneurs etc. – of immigrants.

For a prospective immigrant, any PNP stream can be easy, provided they are the right match to it.

While those already employed in any particular Canadian province or territory might find it easier to immigrate to that province/territory, for obvious reasons; the same does not necessarily apply to all immigrants.

Finding the most suitable PNP for you will depend on different factors, such as your individual circumstances as well as the work experience and skills matching the specific demand in a province.

British Columbia, with a high demand for tech professionals, holds weekly tech draws. The BC PNP Tech Pilot draws specifically target immigrants with valid job offers in any of the 29 key tech occupations in demand in BC.

Another common misconception is that you cannot take the PNP route if you don’t have a valid job offer in Canada. There are certain PNP streams – such as Saskatchewan’s Skilled Worker category and Ontario’s Human Capital Priorities stream – that do not require candidates to have job offers.

PNP continues to be a much sought-after route to Canada immigration. Even with the COVID-19 pandemic, regular draws have been held by the various provinces that are a part of the PNP.

Manitoba, for example, has invited 3,511 candidates in the 19 Manitoba Provincial Nominee Program [MPNP] held so far in 2020.

The easiest PNP to migrate through depends on the individual circumstances of every applicant, and thus, varies from candidate to candidate.

With around 80 PNP pathways available to choose from, there is indeed something for almost everyone. The recommended course of action for those seeking to migrate to Canada through the PNP would be to begin by exploring all the options available before them.